Firstly, it was very good to get out of London, and find out what radical folks were up to in other parts of the UK. London can sometimes feel like a hermetically sealed bubble where you forget that other things are going on. So I had a nice train ride up with my comrade, and enjoyed the greenery out of the train window.

I was blown away by the work of other groups during the people's short presentations. People were struggling against fracking and land injustices, fighting the brutal criminal justice systems, defending their communities, running social centres and many other impressive and inspiring things. I was excited about activism again, and had to resist that urge to get involved with more groups and tell myself to focus on what I was doing! 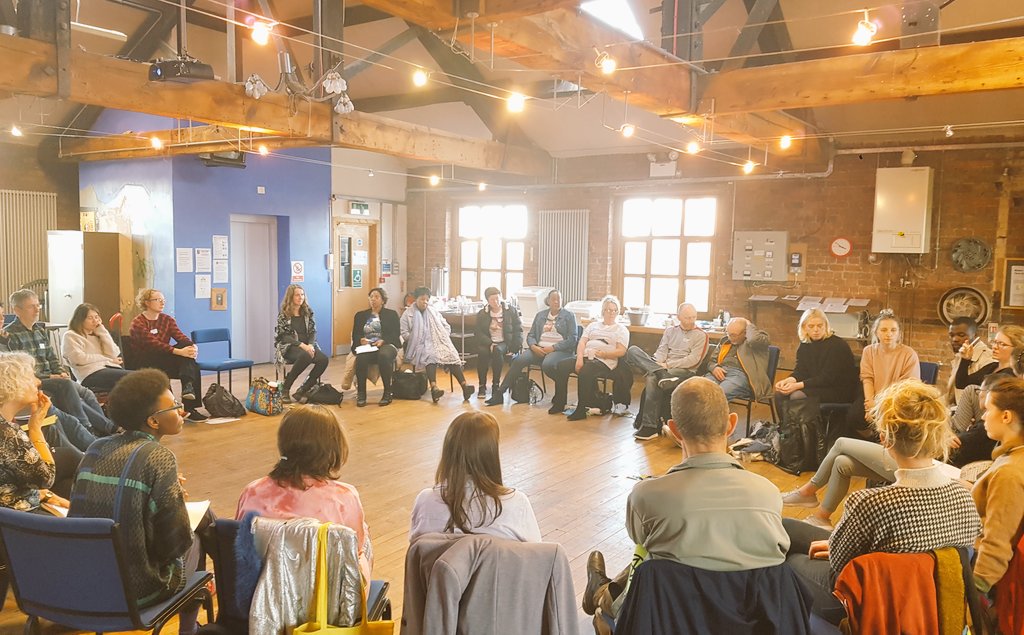 Lunch was delicious and plentiful, and was one of the only networking events I've been to where I haven't just stood around awkwardly wondering what to say to people. It was a friendly crowd, and I felt like I wanted to speak with everyone, find out what people were doing and share ideas. I was really happy to connect with a comrade from a feminist group that my group had worked with, but who I had never met. Functioning day to day in a capitalist society, in one of the most capitalist cities on the planet, I forget what a breath of fresh air it is to speak plainly with people and talk about what's really been on my mind. I felt optimistic, as if things could be different.

I also appreciated the efforts to be democratic, and encourage people to take ownership of the work of the Edge Fund through the voting system. I did not feel like merely a recipient of a grant but that I was helping to contribute to an organisation that provides essential infrastructure for the left. I was gratified with the results of the vote and felt that as a group we had made the right choices.

On the whole, a grand day out!